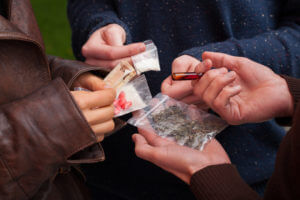 Criminal defense attorney William Fay has been defending clients accused of marijuana distribution and other drug crimes such as possession with intent to distribute in a school zone and maintaining a CDS production facility in New Jersey for years. He provides unparalleled representation and achieves superior outcomes for clients throughout Camden County, including Camden, Pine Hill, Berlin, Bellmawr, Cherry Hill, Pennsauken, Lindenwold, Winslow and Voorhees. Mr. Fay uses his former service prosecuting a vast array of criminal cases for the New Jersey Attorney General’s Office to devise the best attacks on the State’s case. Whether the best result in your case is an outright dismissal at trial, a dismissal through completion of a diversionary program such as Conditional Discharge or Pre-Trial Intervention, downgraded charges, or a negotiated plea to a lesser sentence, Mr. Fay will work tirelessly to secure it on your behalf. To discuss your case with Mr. Fay today, contact his offices at 609-832-3202 for a cost-free consultation.

It is illegal to manufacture, distribute, dispense, or possess marijuana with intent to distribute in New Jersey unless you are operating in strict compliance with the laws and regulations of this state. All of these criminal offenses are subsumed under N.J.S.A. 2C:35-5. According to this statute, the degree of these charges is contingent upon the measured weight of marijuana, the number of marijuana plants, or the measured weight of hashish, involved in the alleged offense. The thresholds are as follows:

If you are convicted of manufacturing, distributing, dispensing, or possessing marijuana with intent to distribute in New Jersey, you are also subject to a mandatory period of driver’s license suspension.

Is Possession with Intent to Distribute Marijuana a Felony in New Jersey?

Marijuana distribution crimes are always indictable offenses, otherwise known as felonies. This means that depending on the amount of marijuana involved, the charge may be a felony of the 1st, 2nd, 3rd, or 4th degree. Indictable felony charges are handled in the Superior Court in the county in which the alleged offense occurred. So, if you are charged with possessing marijuana with intent to distribute in Voorhees, your case will be transferred to Camden County Superior Court in Camden. The prosecutor’s office is responsible for prosecuting the case and will need to establish beyond a reasonable doubt that you committed the crime charged.

How does the State Prove Intent to Distribute Marijuana?

The prosecution will often use evidence at the time of the arrest, evidence recovered during a search, confidential informant disclosures, and police sting operations to prove marijuana distribution. If there is justification to obtain a search warrant for your home, police may execute the search warrant in accordance with the warrant and recover items that the support the case against you. Common types of evidence include: the drug itself (often in larger quantities than is consistent with personal use), drug packaging materials, scales and measuring instruments, drug paraphernalia, documents with the names of customers, and significant amounts of cash. In cases involving marijuana cultivation, plants and growing materials may also be used to prove intent to distribute and any companion charges, such as maintaining a controlled substance production facility.

Can I get PTI for Marijuana Distribution Charges in New Jersey?

In some cases, the defendant may be eligible for the Pre-Trial Intervention (PTI) Program offered for certain first offenses. In general, PTI is reserved for non-violent crimes of the third and fourth degree since they do not have a presumption of incarceration. It is possible, however, to get the prosecutor’s consent for entrance into PTI even if you are charged with a second degree offense. This is rare but may be accomplished by an experienced criminal defense attorney.

New Jersey has allowed the use of medical marijuana for years, meaning that those who comply with the State’s medical marijuana policies can legally use the drug to treat eligible conditions. New Jersey acknowledges the medical benefits of marijuana for the treatment of ailments including ALS, Cancer, Crohn’s disease, HIV and AIDS, Multiple Sclerosis, Seizures, and Post-Traumatic Stress Disorder. In order to be eligible for the program, you must have one of the accepted conditions and be issued a prescription from a licensed medical professional. Those who use medical marijuana are legally allowed to obtain and possess the drug, in addition to regular citizens over the age of 21. Patients prescribed marijuana continue to have the option to obtain the drug at a state-licensed dispensary.

If you or someone you love has been charged with marijuana distribution or another drug crime in Camden County or elsewhere in South Jersey, it is critical to understand all of your legal options. William Fay, Esq. has dedicated his career to criminal law, having formerly served in the NJ Attorney General’s Office and becoming a skilled criminal defense lawyer who fights for his clients rights and top results. When facing drug charges and in need of assistance, contact our firm at 609-832-3202 for additional information and a free consultation.