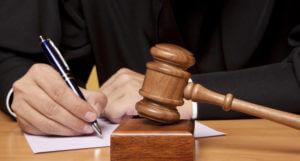 Bail reform in New Jersey reshaped how pretrial detention and bail work in the state. On January 1, 2017, the Bail Reform and Speedy Trial Act (the “Act”) became law. Before the Act, judges would set money bail amounts for each case a defendant had. If the defendant could not pay the amount in bail or bond then he or she would be held in jail before trial. The Act changed the process of deciding how and whether to hold someone in pretrial detention, based not on whether someone could monetarily afford bail, but a more nuanced, objective way of deciding based on risk of flight and danger to public safety. If you or a loved one has a pretrial detention hearing in New Jersey, it is imperative to retain an experienced criminal defense attorney who can represent you. The lawyers at our criminal defense law firm use decades of experience to effectively represent clients at bail hearings in Burlington, Camden, and Gloucester County and throughout Southern New Jersey. Contact us today at 609-832-3202 or fill out our online form to arrange a free consultation.

When someone is arrested, the first step is for the arresting law enforcement officer to decide what kind of complaint the person will be charged with, either a summons-complaint or a warrant-complaint. The decision between the two is based on an automated pretrial risk-assessment process. The summons – while still initiating the criminal process – is less serious and is basically summoning someone to the courts, while a warrant would allow law enforcement to more proactively bring the person to the court. Some crimes require use of the warrant-complaint against the defendant, such as murder, sexual assault, and robbery, which means, for those crimes, the defendant must be held for those 48 hours.

The main difference between a summons and a warrant for detention purposes is that if it is a warrant then the defendant must go to county jail for detention, to be held for up to 48 hours before a hearing to decide whether to hold or release the person. While he or she is held, the pretrial services program will develop their recommendation for the court as to what the judge should do with the person regarding pretrial release monitoring or pretrial detention. Upon motion by the prosecutor for pretrial detention, the judge then makes the final decision with all of this information during the hearing within those 48 hours. If the person is not released during the hearing, then they will be held until trial or a plea.

Risk-assessment is a computer generated process. It starts with taking the defendant’s fingerprints at the police station before the defendant goes to jail. Before the summons-complaint and warrant-complaint decision described above is determined, a “preliminary public safety assessment” is given to police and prosecutors. If a judge then approves a warrant-complaint, pretrial services will continue generating the risk assessment when the defendant is held for those 48 hours under the warrant.

Risk-assessment examines a few qualities of the circumstances, including the nature of the offense – such as whether it was a crime of violence – and the defendant’s personal history, including age, prior violent convictions, and prior failure to appear. The system determines the likelihood that someone might not show back up to court and makes a recommendation on whether the person should be detained or released before trial. In sum, instead of being based on the ability to pay bail, the judge’s decision on detention and release is based on risk – using risk-assessment technology – that the defendant will not show back up to court or poses a danger. The judge will weigh the results of the Public Safety Assessment (PSA), as well as the arguments presented by the prosecutor and the defendant’s attorney. This is why it is so important to have a skilled New Jersey criminal defense lawyer who can demonstrate why you should be released during your detention hearing.

Having legal counsel for the pretrial detention hearing to provide advice and counsel is absolutely essential if you are currently facing criminal charges in New Jersey. In order to increase the likelihood of getting released on reasonable or no conditions, you should enlist the help of an attorney who regularly defends clients at detention hearings. Contact our criminal defense law firm at 609-832-3202 for a free consultation with an NJ detention hearing lawyer who will fight for your rights.