What are the Specific Cases that Elevate Simple Assault to Aggravated Assault in NJ? 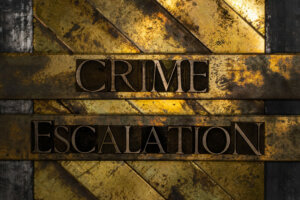 Sometimes, a simple assault offense turns into an aggravated assault charge by the degree of injury. For example, take a simple assault case when a person intentionally pushes another from behind, causing them to fall and bruise their knees. However, had the victim fallen onto the cement and fractured their skull, leading to surgical repair and possible brain damage, the bodily injury is severe, one of the elements of aggravated assault. In assaults on individuals causing bodily injury, the victim experiences pain, illness, or other physically impaired condition. The victim suffers permanent impairment, loss of a body part or organ, permanent disfigurement, or life-threatening conditions for serious bodily injury. Then there is significant bodily injury, when the victim experiences a “temporary loss of the function of any bodily member or organ, or temporary loss of any one of the five senses,” including touch, sight, taste, hearing, and smell.

The Role of a Weapon

The degree of injury is not the only consideration for elevating an assault. A prosecutor must also prove in some cases that your actions were reckless and showed extreme indifference to human life or you intentionally, with extreme indifference, tried to cause grave harm. For example, someone who points a gun at someone commits aggravated assault. However, suppose the gun is loaded and accidentally goes off to injure another severely. In that case, pointing a loaded gun at someone may become a more severe case of aggravated assault with harsher penalties.

On the other hand, a person who lays a loaded gun without a safety lock on a table before sitting down to play cards with friends may be guilty of simple assault if the gun accidentally went off and grazed the arm or leg of another. On the other hand, the negligent act of mishandling a loaded gun in the presence of another may support a simple assault elevating to aggravated assault if the accused slammed the gun down on the table in anger, causing it to fire and kill or maim a bystander.

Protected Classes of Individuals as Victims

Take, for instance, the scenario of a police officer interrogating a suspect in front of a housing complex. If you run past the officer and elbow their back, so they fall forward into the suspect, you may be guilty of aggravated assault. Law enforcement faces dangerous situations on the job. While confronting a suspect, the officer may be in readiness mode if the suspect tries to run, cause harm, or otherwise commit a crime. Your push may not have harmed the officer but had the potential to aggravate a circumstance or allow the suspect to take advantage of the officer’s fall by fleeing.

Like aggravated assault on a police officer, assaulting someone while rendering emergency first aid could lead to unnecessary death or further tragedy. The New Jersey legislature anticipated that assaulting people in the specified job functions could lead to significant public harm when elevating assault to a much higher grade level, a second, third or fourth degree crime instead of a disorderly persons offense. For example, a person running down the street and pushing another down to get them out of their way may be liable for simple assault if the person did not suffer serious injury, maybe with a scraped knee. However, if the person running was fleeing law enforcement, the assault rises to aggravated assault under N.J.S.A. 2C: 12-1(b)(6).

Other victims may be subjects of aggravated assault, no matter the injury or whether the perpetrator pointed a weapon or caused other deadly harm or threats of harm to another. They are judges, justices, Department of Child Protection and Permanency workers, corrections officers/employees, and utility, healthcare, and psychiatric employees. If any of the specified individuals under section (b)(5) suffer assault that causes bodily harm, the assault is a third degree crime, punishable by up to five years in prison.

The Misdemeanor to Felony Transition from Simple to Aggravated Assault

Simple assault is a disorderly persons offense, essentially a misdemeanor. Disorderly persons offense convictions occur in municipal court. The defendant is convicted by a municipal court judge, not a jury. Aggravated assault is an indictable crime (felony) handled in the superior court. An accused pleads guilty or a jury arrives at a guilty verdict for a conviction.

Effects of Upgrading from Disorderly Persons Assault to Indictable Assault

Advantages of Having an Aggressive Assault Defense Attorney

You will need strong legal counsel for any type of assault charges. A criminal defense attorney experienced in simple assault and aggravated assault cases can investigate the evidence and present your unique circumstances to convince a prosecutor, judge, or jury that you are not guilty or should not get the maximum punishment.

Exploiting the nuances of your case may be necessary to get the charges dismissed or reduce your aggravated assault charges to simple assault. Your attorney may paint a sympathetic picture of your circumstances if it is your first offense, if you were in fear and defending yourself against an attack by someone else, or that this was more accidental than anything else, particularly if an assault of one in the statute’s protected class. The advantages of excellent representation cannot be understated if you or a loved one has been charged with assault in New Jersey.

Contact an assault defense lawyer on our legal team for a free consultation today. Call 609-832-3202 if you are facing misdemeanor or felony assault charges in Camden County and Southern New Jersey areas including Bellmawr, Camden City, Cherry Hill, Berlin, Gloucester Township, Waterford, and Winslow. We are pleased to assist you with your simple or aggravated assault case.

The decision to elude the police typically arises from a highly emotional state of fear or panic and can lead to endangering your life and others. As a result, the law comes down hard on those eluding the police and driving recklessly. If the police charge you with both offenses, […]

How Does a Violent Offense Affect the Degree of Criminal Charges in NJ? Without a doubt, all states want to reduce violent crime. Each state has its scheme to deter and punish violence most effectively. New Jersey is no exception. New Jersey laws are the strictest regarding violent crime, such […]