How Does a Violent Offense Affect the Degree of Criminal Charges in NJ? 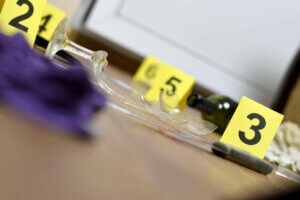 Without a doubt, all states want to reduce violent crime. Each state has its scheme to deter and punish violence most effectively. New Jersey is no exception. New Jersey laws are the strictest regarding violent crime, such as armed robbery, assault, weapons violations, murder, manslaughter, domestic violence, and rape. As violence is considered the most severe breach of public trust, the New Jersey legislature enacted laws that severely punish violent crimes. The penalties include lengthy prison sentences and high fines. Moreover, the federal government’s Violent Crime Control and Law Enforcement Act of 1994 enlarged death penalty crimes and spelled out the penalties for sex, hate, and gang crimes. As a result of the 1994 law, fewer people could obtain firearms, and applicant immigrants potentially lost their status due to criminal arrests and convictions.

What is Considered a Violent Crime?

According to the federal government’s Uniform Crime Reporting Program and state guidelines, violent crimes are those accomplished by actual or threatened force to victims. Thus, homicide, manslaughter, armed robbery, and sexual or aggravated sexual assault occur when someone uses physical force or a weapon to enact the crime. The perpetrator risks harm or injury to victims’ lives, whether the damage is a direct result of intended action or an unintentional but foreseeable injury due to the violent nature of the crime.

A prosecutor may request longer or enhanced sentences for repeat or persistent offenders, those who have at least two prior criminal convictions as an adult by the time they are 21 and are currently prosecuted for a first, second, or third degree crime. Also, career or hired criminals, co-conspirators, and second offenders caught with a firearm are all subject to enhanced sentences under New Jersey Annotated Statutes 2C:44-3 with a first, second, or third degree conviction. Career or professional criminals are those whose livelihood revolves around crime, like a partner or actor in a drug trafficking operation. And one who expects remuneration or something of value in exchange for committing a crime may receive an enhanced sentence.

Violent Crimes Often Come with a Presumption of Imprisonment

Other violent crimes against a person may not be aimed at specific individuals, but may be grossly reckless behavior showing a total disregard for the sanctity of human life. Looking at a few examples: eluding police, randomly shooting guns into traffic or occupied buildings, and setting fires in a residential area may all be instances of second degree crimes, carrying five to ten-year sentences. However, a crime like manslaughter may be elevated to a first-degree crime when aggravating circumstances exist. Aggravating circumstances show the perpetrator has an extreme disregard for others’ lives. Thus, a crime of passion is second degree manslaughter, while eluding police that results in another’s death may be first degree, elevated from second degree manslaughter.

Other violent crimes that escalate to higher degree crimes include simple assault to aggravated assault, shoplifting to robbery, and sexual assault to aggravated sexual assault. Robbery itself is a second degree crime unless someone gets injured or a weapon is involved. Then, robbery is a first degree crime. Domestic violence crimes typically carry varying sentences, depending on the underlying crime, but more severe acts of violence and those involving weapons are typically punished more harshly than offenses like harassment.

Violent gun crimes fall under the Graves Act sentencing restrictions and violent crimes like kidnapping, robbery, and sexual assault are subject to New Jersey’s No Early Release Act (NERA). Under the latter, convicted individuals must serve 85% of their prison sentence before becoming parole-eligible. The former also has mandatory minimum sentences of one-third to one-half of the total years imposed or 42 months, whichever is greater.

What if an Act of Violence was Compelled by Self-Defense?

What if a defendant used violence to combat violence? New Jersey recognizes self-defense as a valid response, even if violent. Thus, if an individual stabbed an intruder with a gun to their head, a court may see violence as a justified response to the immediacy of life-threatening circumstances. But self-protection is only one defense available to a defendant charged with a violent crime. Others may revolve around procedural mistakes by the police in arresting, gathering evidence, and searching an individual or their vehicle. These defenses and many more may be used to contest the serious charges against you.

The state of NJ is tough on violent crime offenders. As such, you are best positioned with help from a professional criminal defense lawyer to defend you against the state if you face violent crime charges. Though the penalties for your crimes are weighty, you do not know what a skilled criminal attorney can help you do in your defense without sitting down and discussing your case. Contact criminal defense attorney William C. Fay for help immediately after your arrest or the arrest of a loved one anywhere in Camden County. You may be surprised at the outlook of your case and get the clarity you need when facing one of the worst moments of your life. Free consultations are provided at 609-832-3202.

How Does a Violent Offense Affect the Degree of Criminal Charges in NJ? Without a doubt, all states want to reduce violent crime. Each state has its scheme to deter and punish violence most effectively. New Jersey is no exception. New Jersey laws are the strictest regarding violent crime, such […]

Police come Calling? Be Prepared to Protect and Preserve Your Best Interests Walking into your office, you find a police officer waiting for you. Or perhaps you receive a call from a detective at the local police station. Still others may be surprised to hear the doorbell ring, followed by […]

When You Need a Criminal Attorney in Lindenwold NJ

If you live in Lindenwold, you know it has its fair share of perks and pitfalls. For instance, though a small borough, it has a wonderful selection of cafes and eateries, local and nearby parks and nature trails, and good schools. In addition, travel to and from Lindenwold is convenient, […]