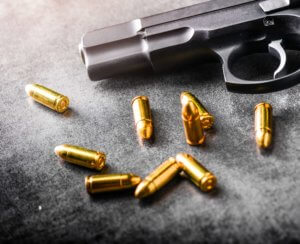 Does New Jersey Have Bail Hearings for Possession of a Gun? Bail has seen a drastic shift since reform legislation became effective on January 17, 2017. Detained defendants must now be indicted within 90 days, which has caused a monumental shift in the number or defendants being incarcerated pretrial. Nevertheless, […]

Arrested For a Gun In My Car In Camden County, NJ

When Can Police Search a Car for Guns? One of the most common questions we are asked at our office is “can the police search my car without consent”? Unfortunately, the answer is complicated and depends on the facts of case. While the Constitution provides protection from unreasonable searches and […]

Pre-Trial Intervention for Unlawful Gun Possession in NJ New Jersey has some of the toughest gun laws in the country. If you are caught in possession of a handgun, rifle or the like, without the lawful permits or caught driving without your lawful weapon properly secured, then you will be […]