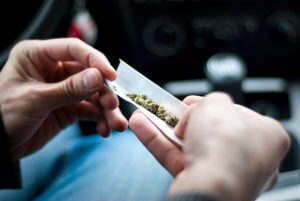 Discussions about the potential decriminalization of marijuana in New Jersey have been occurring since July, when New Jersey Attorney General Gurbir Grewal announced a statewide adjournment of all municipal marijuana charges, pending further guidance to prosecutors in the state. After several weeks of waiting, the Attorney General’s guidance has finally been issued.

In his guidance, Grewal made it clear that prosecutors may not effectively decriminalize the use of marijuana in small amounts by refusing to prosecute any cases before the legislator has acted to decriminalize its use.

Whether the New Jersey legislator will actually change the law and legalize the recreational use of marijuana remains to be seen. Grewal explained that he would not suspend all marijuana cases until the legislator acts on this issue, emphasizing the importance of the rule of law, because no deadline for taking action has been set by the legislator.

How will prosecutors decide whether to dismiss a marijuana possession charge?

The Attorney General’s guidance to prosecutors on how to handle municipal charges involving marijuana in New Jersey provided several factors to should consider when evaluating a case including the defendant’s age, prior criminal history, circumstances surrounding the arrest, impact on employment opportunities, ability to join the military or obtain a professional license, potential impact on their immigration status and educational opportunities, negative impact on eligibility for housing subsidies or other financial assistance, and negative impact on family. While this guidance may be helpful, it will ultimately be up to the municipal prosecutor to decide how they weigh and apply these factors when choosing to pursue or dismiss a marijuana possession case.

What is the possible sentence for marijuana possession in New Jersey?

The guidance outlined above applies only to charges for possession of 50 grams or less of marijuana. If you are charged with this offense, the prosecutor will review your case and consider the factors outlined above. If they decide to pursue the charges against you and you are convicted of possessing under 50 grams of pot, a disorderly persons offense, you will face up to 6 months in prison and fines of up to $1,000.

Charges for possession of more than 50 grams of marijuana are not subject to the newly issued guidance or factors to be considered when exercising prosecutorial discretion on marijuana cases in municipal court. If you are convicted of possessing more than 50 grams of marijuana, you may be convicted of a fourth degree indictable offense, carrying potential penalties of up to 18 months in prison and up to $10,000 in fines.

Can I have a marijuana conviction removed from my record?

If you have been convicted of possession of marijuana in New Jersey, you must wait 5 years before you can apply for an expungement. However, if you participated in a diversionary program like Pre-trial Intervention or conditional discharge, you only need to wait 6 months to apply once your charges have been dismissed.

If you have recently been charged with possession of marijuana in New Jersey, experienced marijuana defense lawyer William C. Fay has what it takes to present your best defense. For years, Mr. Fay has been successfully defending clients charged with marijuana offenses in Camden, Mount Holly, Evesham Township, Bordentown, Cherry Hill, and throughout Burlington and Camden County. Contact our office in Camden County today at 609-832-3202 for a free consultation about your marijuana case.

Discussions about the potential decriminalization of marijuana in New Jersey have been occurring since July, when New Jersey Attorney General Gurbir Grewal announced a statewide adjournment of all municipal marijuana charges, pending further guidance to prosecutors in the state. After several weeks of waiting, the Attorney General’s guidance has finally […]

In recent years, several states have legalized marijuana and started to develop a lucrative cannabis industry. A move by New Jersey’s Attorney General Gurbir Grewal last week to direct an adjournment of all marijuana cases in municipal courts until September, while the Attorney General’s office works to develop new guidance […]