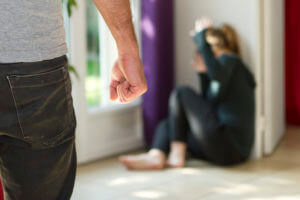 Simple assault is a crime in New Jersey and in the context of a domestic relationship, an allegation of simple assault can have even more extensive consequences. Victims of domestic violence are protected under the New Jersey Domestic Violence Act, which imposes special requirements and procedures for handling and investigating allegations of domestic abuse. If you have been accused of committing domestic violence simple assault in New Jersey, you are facing potential jail time, fines, and a criminal record in connection with the criminal charges. You may also be facing a restraining order, as simple assault is considered a predicate act of domestic violence and thus, grounds for a restraining order under NJ Law. With so much on the line, it is essential to have an experienced criminal defense lawyer defending you during your upcoming legal proceedings. For more information regarding domestic assault, contact our criminal defense law firm to speak with an attorney who can provide you with a free consultation. You can reach our law office anytime at 609-832-3202 or contact us online.

If your significant other or spouse accuses you of physically hurting them and the police have probable cause to believe that you purposely, knowingly, or recklessly caused them bodily harm, you can be charged with simple assault. You can also be charged with this offense if you negligently injured them with a deadly weapon or attempted to put them in fear of imminent serious injury through a physical threat. Typically, when charges of simple assault are filed in a domestic context, a temporary restraining order is also available to the victim. You will be arrested and held in jail for up to 48 hours prior to appearing before a judge. The prosecutor will also often file a motion for detention, meaning you will be held in jail until your case is decided. Prosecutors generally file motions for detention if they feel that the alleged victim could be in danger if you are released. It is not uncommon for the prosecutor to exercise an abundance of caution and file the motion to protect the alleged victim.

If the prosecutor files a motion for detention with the court, you will be entitled to a detention hearing. At the detention hearing, the judge can only order you to be detained pending trial if he or she believes that no condition or set of conditions would reasonably assure that, if released, you would not be a danger to others, you would not fail to appear in court, and you would not obstruct the criminal justice system. If the prosecutor does not file a motion for detention and allows you to be released, they will have to impose a condition of checking in with an officer at regularly scheduled times, if the alleged victim does not want contact with you.

When dealing with criminal charges for simple assault, you are exposed to serious penalties if you’re ultimately found guilty. Simple assault as a form of domestic violence is a disorderly persons offense. If convicted, you can face up to 6 months of imprisonment and up to $1,000 in fines. You may also be ordered to pay the victim restitution. If a temporary restraining order is issued, you will also need to appear in Family Court for a final restraining order hearing, after which the judge will decide is the temporary order should be made permanent. It is highly advisable to have an attorney defending you at this hearing because an FRO can change your life in a variety of ways, including seemingly unrelated matters like divorce and child custody.

It is very important to hire an experienced criminal defense lawyer to represent you against domestic violence simple assault allegations in New Jersey. The stakes are high and these charges could turn into a conviction, create a criminal record, and lead to a permanent protective order against you. If you have been accused of domestic abuse, contact our attorneys today at 609-832-3202 for a free review of your case. With several convenient South Jersey office locations, we serve clients in surrounding areas.

Simple assault is a crime in New Jersey and in the context of a domestic relationship, an allegation of simple assault can have even more extensive consequences. Victims of domestic violence are protected under the New Jersey Domestic Violence Act, which imposes special requirements and procedures for handling and investigating […]