Charged with Attempt in NJ? 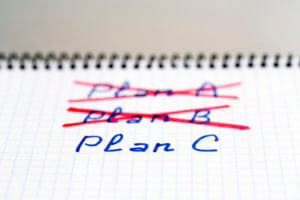 Many people do not realize that they can be charged for a crime that they attempted to commit, even if they did not complete the crime successfully or the crime did not move forward much at all. This is because New Jersey law criminalizes an individual’s attempt at criminal activity. So, if you tried to steal a car, but could not get the car door open, or you were in the process of shoplifting, but you were caught by an employee in the act of trying to place an item in your bag, you may be found guilty of attempt to commit the underlying offense. Remember that even if you did not complete the crime, you may still be facing penalties that are just as serious as if you had successfully completed the crime. If you have been charged with attempt to commit a crime in New Jersey, contact the experienced criminal defense attorneys at immediately to understand your legal options. We can help explain the charges, associated penalties, and potential defense strategies that our lawyers can use to defend you in court. Call our local office at 609-832-3202 or send us a message to arrange a free consultation.

What is Attempt under New Jersey Criminal Law?

What are the Penalties for Attempting to Commit a Crime in NJ?

Some people believe a charge for attempting to commit a crime is less serious than a charge for committing the underlying crime outright. However, if you are convicted of attempting a particular crime in New Jersey, the potential penalties you face are exactly the same as if you had committed the same crime successfully. For example, if you shoplift goods valued between $200 and $500, you may be convicted of a fourth degree offense, carrying penalties of up to 18 months in jail and fines of up to $10,000. If you attempt to shoplift the same goods, but fail to complete the crime, you can be convicted of attempt to shoplift and be sentenced to the same penalties of 18 months in jail and $10,000 in fines, as if you had successfully shoplifted the goods. This is also true in cases involving simple assault, burglary, robbery, theft, or any other criminal offense for that matter.

There are several potential defenses that your criminal defense attorney be able to argue for a charge of attempt, depending on the facts of your case. First, they might be able to argue that you simply did not take the alleged actions that you are accused of that give rise to the attempt charge. They might also argue that they have the wrong person, meaning someone else, is responsible for the conduct you are charged with.

Need a Criminal Lawyer for Attempt Charges in New Jersey

If you or a loved one have been charged with attempt to commit a crime in New Jersey, it is very important that you hire an experienced criminal defense lawyer to defend you against these charges. Defense arguments to attempt charges require a deep understanding of the law and are very fact intensive. The criminal attorneys at our firm are available to review your case and develop the best defense strategy for your criminal charges. Contact us today at 609-832-3202 to speak with a lawyer who can help. With offices nearby, we defend clients in Burlington County, Camden County, Gloucester County, and courts throughout Southern New Jersey.

Charged with Attempt in NJ? Many people do not realize that they can be charged for a crime that they attempted to commit, even if they did not complete the crime successfully or the crime did not move forward much at all. This is because New Jersey law criminalizes an […]