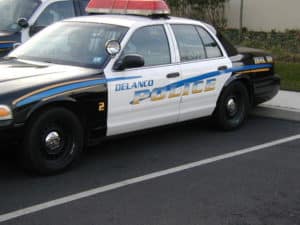 Selling marijuana, although very common in New Jersey, can lead to serious criminal charges for marijuana distribution and possession of weed with intent to distribute. For example, a man in Delanco Township, New Jersey was recently charged with marijuana distribution after police executed a search warrant at his residence. If you have been arrested for selling marijuana in the Burlington County area, our lawyers use years’ experience handling these cases to beat drug charges on a regular basis. Call 609-832-3202 now for a free consultation about your specific case and continue reading to learn more about drug distribution law in New Jersey.

There are several things to keep in mind when dealing with a drug distribution charge. The first is that you need not make any money to be charged with a violation of N.J.S.A. 2C:35-5, New Jersey’s drug distribution statute. A person only needs to dispense a controlled dangerous substance like marijuana, or transfer it to another person to be considered “distributing.”

You may be wondering, how do police know if I intended to distribute the drug in my possession? Often, law enforcement officials will charge you with drug distribution based on a larger amount of the substance, as well as drug packaging materials and significant sums of cash. In this case, officers searched Lamar’s home on the 400 block of Delview Lane in Delanco Township, where they reportedly found marijuana, drug distribution packaging materials, and cash. They seized all of these items, as well as a vehicle located at the home.

Police searched Lamar’s home after an investigation into the illegal marijuana selling in Delanco reportedly led to him. He was arrested and charged with marijuana distribution, possession of marijuana with the intent to distribute, and distribution of drug paraphernalia. The amount of marijuana retrieved from Lamar’s residence remains undisclosed, but it will weigh heavily on the potential consequences if he is ultimately convicted.

Distribution of marijuana, like any drug in New Jersey, varies in terms of degrees. In other words, you can be charged with anything from a fourth degree to a first degree crime for selling marijuana and the penalties to which you are exposed will depend on the degree of the charges. The amount of the drug (the measured weight) or in the case of marijuana, also the number of plants, are used to determine the degree of crime. Regardless, all charges for marijuana distribution are indictable offenses. So, if you are charged with intent to distribute marijuana in Burlington County, your case will be heard in the Burlington County Superior Court in Mount Holly, NJ.

At our criminal defense law firm, our skilled criminal defense lawyers have successfully resolved countless marijuana cases for clients in Delanco, Evesham Township, Delran, Mount Laurel, Camden, Gloucester, and throughout South Jersey. If you would like to speak with an attorney about your marijuana charges, contact our office at 609-832-3202 or send us an email anytime. We are happy to answer your questions and consultations are always provided free of charge.