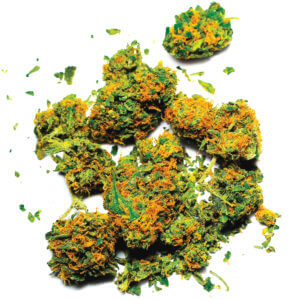 In recent years, several states have legalized marijuana and started to develop a lucrative cannabis industry. A move by New Jersey’s Attorney General Gurbir Grewal last week to direct an adjournment of all marijuana cases in municipal courts until September, while the Attorney General’s office works to develop new guidance for prosecutors on these cases, has caused many to wonder if New Jersey will soon be following suit after nine other states have legalized the previously criminalized controlled substance.

What does this mean for marijuana possession cases currently before NJ municipal courts?

Well, that answer is currently unclear. Essentially, if your marijuana possession case is pending before a municipal court right now, it will be put on hold until September. This means that you will not be ordered to come to court to deal with your case before then. After the Attorney General’s office issues its pending guidance to prosecutors on these cases, your case will then be handled according to that new guidance. This could mean that prosecutors are encouraged to exercise broader discretion in dismissing low-level marijuana charges, but the guidance could also result in little change to how these cases are handled in most municipalities around New Jersey. However, recent statements made by local and state officials around New Jersey, including Governor Phil Murphy, suggest changing attitudes about criminal charges for marijuana possession, favoring a trend towards decriminalization.

Can I still go to jail for possessing marijuana in New Jersey?

What about a past marijuana conviction?

Currently, there has been no change in the law that would retroactively impact existing convictions for marijuana possession in New Jersey. However, if you have been convicted of a marijuana offense in New Jersey, you may be able to get your conviction expunged in accordance with the existing law.

To get a previous marijuana-related conviction expunged in New Jersey, you must wait 5 years until you can expunge the conviction record, however, if you completed conditional discharge, you can expunge the arrest and the charges 6 months after successful completion. There are additional restrictions including that you cannot expunge a disorderly persons offense (possession of 50 grams or less of marijuana) if you have more than three convictions on your record.

If you have been recently charged with marijuana possession or another drug offense in New Jersey, are interested in having a previous conviction or arrest record expunged, or are wondering how new policy changes on marijuana offenses in New Jersey might impact your rights or pending case, contact our firm today. Mr. Fay and his team serve clients in Winslow, Gloucester, Voorhees, Haddonfield, Bellmawr, Stratford, and throughout South Jersey. Call 609-832-3202 or contact us online for a free consultation.