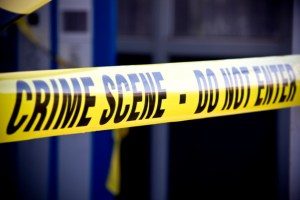 Each year, the New Jersey State Police releases its Uniform Crime Report, the results of a lengthy process which involves the aggregation of data on crimes across the State, analysis of the results, and identification of key trends in the State’s environment with regard to crime. All police agencies in New Jersey are required to provide data as to the specific crimes that occur within their jurisdiction. So, what did the most recent report tell us about Burlington County, New Jersey? Let’s find out.

The “Crime in New Jersey” report does not refer to manslaughters, simple assaults, and arsons among the “Index Offenses,” instead classifying them as “violent” and “nonviolent” crimes.

Notably, there are numerous non-index offenses included in the New Jersey Uniform Crime Report data, many of which involve the disorderly persons offenses that are responsible for thousands of criminal convictions every year. For example, there were 1,100 arrests for simple assault; 216 arrests for criminal mischief; 184 arrests for weapons possession and similar offenses; 2,479 arrests for drug abuse offenses (i.e. possession of marijuana under 50 grams); 96 arrests for disorderly conduct; and 1,565 arrests for driving under the influence in Burlington County in 2015.

When you are charged with any criminal offense in Burlington County or elsewhere in New Jersey, being found guilty can significantly impact your life moving forward, as a criminal conviction on your record can deter potential employers, education institutions, and other opportunities that you may wish to pursue in the future. Additionally, criminal charges can expose you to a host of penalties, including probation, thousands of dollars in fines, community service, loss of your driver’s license, and even time spent in jail. This is why it is essential to have an experienced criminal defense attorney fighting to protect your innocence.

At our criminal defense law firm, we work tirelessly on behalf of clients to have charges dismissed, downgraded, or otherwise resolved in your favor. William C. Fay, has years’ experience defending clients throughout South Jersey, and has earned a reputation for excellent representation and dedication to his clients. If you have been charged with a crime in Burlington County, contact our offices today at 609-832-3202 for a free consultation.

Each year, the New Jersey State Police releases its Uniform Crime Report, the results of a lengthy process which involves the aggregation of data on crimes across the State, analysis of the results, and identification of key trends in the State’s environment with regard to crime. All police agencies in […]