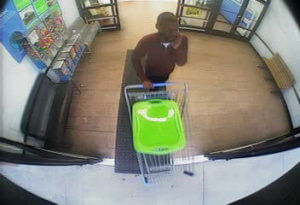 Officials from the Evesham Township Police Department are currently seeking two suspects who are wanted in connection with an alleged shoplifting incident at a local Walmart.

According to investigators, two male suspects were responsible for stealing approximately $700 worth of electronics from the Walmart located on Route 70 in Evesham Township, on Sunday, February 26th.

After removing the merchandise, the men reportedly fled the scene in two different four-door vehicles. The suspects were captured on the store’s surveillance video, and police have asked that anyone with information regarding their identities contact the Evesham Police Department at 856-983-1116 or the Confidential Tip Line at 856-983- 4699.

If the suspects in this case are ultimately apprehended, they will likely face charges for shoplifting. Shoplifting offenses are outlined in section N.J.S.A. 2C:20-11 of the New Jersey Criminal Code. The actions which constitute shoplifting under the law range from under-ringing merchandise to the more traditional concept of removing merchandise from a retail establishment without paying for it. Shoplifting charges can range in severity based on the estimated monetary value of the allegedly stolen merchandise.

Ways to Have Shoplifting Charges Dismissed in New Jersey

Notably, the defendant’s prior criminal record (if any) plays a role when he or she is charged with a third degree crime, because third degree crimes in New Jersey entail a presumption of non-incarceration for first-time offenders. This means that if you are charged with a third degree crime and you have never been convicted of a criminal offense, you may be considered a good candidate for probation or a diversionary program such as Pre-Trial Intervention (PTI). When a person is enrolled in PTI, he or she is required to comply with program requirements and not get arrested while the charges are suspended (typically for a year). If you successfully complete the Pre-Trial Intervention Program, the charges against you are dismissed.

Of course, a knowledgeable New Jersey criminal defense attorney should conduct a thorough investigation of your case and construct an aggressive defense strategy on your behalf. If an outright dismissal is a possibility, this is always the first and best option. Burlington County criminal defense lawyer William Fay always exhausts all of the available options to deliver his clients the best possible outcomes. Contact his offices today at 609-832-3202 if you are facing criminal charges in Burlington County or elsewhere in South Jersey. Mr. Fay will listen to your specific circumstances, answer your questions, and discuss your options. He always provides consultations free of charge.

For additional information pertaining to this investigation, access the following article: Two caught on surveillance allegedly stealing $700 worth of electronics from Walmart

Officials from the Evesham Township Police Department are currently seeking two suspects who are wanted in connection with an alleged shoplifting incident at a local Walmart. According to investigators, two male suspects were responsible for stealing approximately $700 worth of electronics from the Walmart located on Route 70 in Evesham […]

Authorities recently identified two Philadelphia residents whom they believe are responsible for the theft of approximately $35,000 worth of tires from a car dealership in Evesham Township. While one of the suspects has been taken into custody, police have yet to apprehend the other. According to officials from the Evesham Police […]