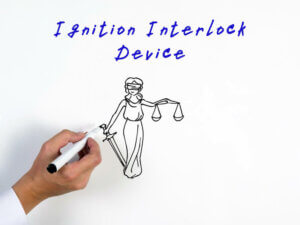 Before 2019, anyone convicted of a DWI in New Jersey for the first time faced harsh punishment, including a driver’s license suspension. However, in December of 2019, the New Jersey legislature changed the sentencing for a first-time offender whose blood alcohol content (BAC) is under 0.15 percent or one with their first refusal to take a breathalyzer test conviction. In addition, the legislature expanded the use of an ignition interlock device (IID) for first-time offenders and DWI refusals while punishing those who drive under the influence of drugs with license suspension times. The expansion of the IID for a first-time offender driving under the influence of alcohol is perhaps partly motivated by preserving the convicted driver’s ability to continue working.

Though there is no specific deadline to install an IID, most drivers would want to begin driving legally as soon as possible. They may select a license suspension if they choose not to install the IID. However, getting caught driving with a suspended license can be extremely expensive if the police see them driving without a license. For most, the IID is the better choice.

An IID works like a breathalyzer. Installed in the driver’s vehicle, it registers the driver’s BAC when they blow into it. If their BAC is over 0.05 percent, the car does not start. In addition, the IID continues to test during drives to ensure the driver’s BAC remains under .05 percent. In that way, a driver cannot start the car with someone else blowing into the device. Any failed tests get reported to the state.

The NJ Motor Vehicle Commission (MVC) governs the installation and maintenance of the devices, as well as who can install them. If a court orders a driver to install an IID, they will receive a notice from the MVC about their license suspension and directions on obtaining an IID. They then must bring their primary vehicle to an installer approved by the MVC. If they do not own the car, they must submit proof of who owns the vehicle to the installation appointment. And if they drive a motorcycle, the IID goes on the motorcycle. Costs to lease the IID vary but typically run $2.50 to $3.50 a day, though less expensive plans may be available to those who need more affordable monthly rates.

Can You Get Around an NJ Interlock Obligation?

For drivers convicted of a DWI in New Jersey, moving out of state does not relieve the driver of obeying the orders of the New Jersey court. In fact, the driver’s new or old home state may not issue a license with the existing New Jersey suspension. However, when ordered to do so, anyone who fails to install an IID faces an additional 12-month license suspension. The driver must keep the device in their vehicle for the entire term ordered by the court. When their car is no longer operable and the device must go to a new vehicle, the driver is responsible for removing the device and putting it into another car that serves as their primary source of transportation. The MVC notifies the driver who removes their device that their license remains suspended until they provide certification for another installation.

The Best Solution to Avoid an Ignition Interlock Device in Camden, New Jersey

While the IID seems like a quick and easy solution to a DWI, especially for a first-time conviction, obtaining and maintaining one can be complicated and expensive. Not only that, but the device could also be embarrassing, especially if you must blow into it at some point on your drive with someone else in the vehicle. The best solution to avoid the cost and humiliation is to avoid the conviction in the first place. In some cases, an exceptional DWI lawyer can challenge the circumstances of your motor vehicle stop, your arrest, the events leading up to your arrest, and what transpired thereafter. By hiring a DWI defense attorney, you will have the best chance of successfully getting your driving while intoxicated charges dismissed and learn which defenses are available.

Our seasoned DWI defense lawyers know the ins and outs of police stops and arrests, as well as the proper administration of field sobriety tests, and the legal requirements for breathalyzer equipment calibration, maintenance, and test administration. In other words, there are numerous potential problems the municipal court prosecutor may face in proving a drunk driving case to a judge. The police must follow the law and protocols for stopping a vehicle and gathering evidence to be used in court to prove guilt for driving while intoxicated anywhere in New Jersey. When they do not follow the laws, the prosecutor cannot use police evidence obtained from improper stoppage, search, seizure, field sobriety testing, or breath testing.

Plainly, you can see how important it is to find an experienced attorney if you face a DWI conviction. Whether you were arrested for driving intoxicated by alcohol in Pennsauken, Voorhees, Berlin, Collingswood, Mount Ephraim, Runnemede, or other towns in Camden County, contact us at (609)-832-3202 for a free consultation with a DWI lawyer immediately.